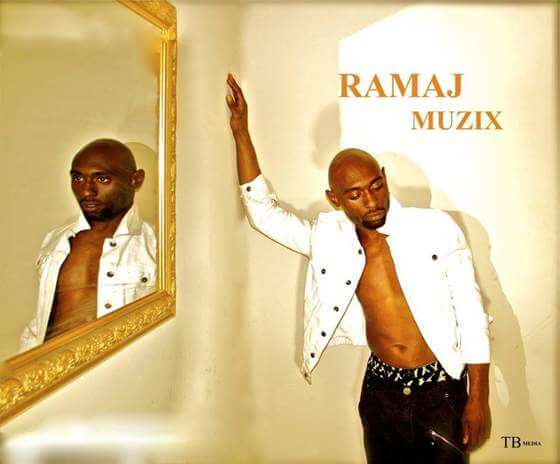 There is always the sign of a good talent seen from a distance, you just have to look closely. Some people can tell instantly, from “a mile away” if you will.

Success is not a garaunteed outcome for anyone, neither is failure!

Most people struggle their whole lives to find their “niche” or exactly what it is they’re going to want to be good at. Some people are so talented at so many different things that they become confused when trying to create their futures, others know exactly what they want from the moment they begin to understand life.

Meet Ramaj Muzix! Born William Jamar Waters in 85′. Ramaj is a crafty lyricists, songwriter and actor… as well as a script writer!

Curiosity struck me so I invited Mr. Muzix to the blog to find out more about the newly founded label and here’s what he had to say;

“All my life music has played a very important part in my very existence. My house was constantly full of music. From my mother blasting Mary J Blige to my older brother blasting Tupac, I was more pop influenced at the time. I wrote my first song when I was 7 years old and by the age of 13 I had written over 300 songs 2 movies and over 30 poems. Mostly RnB and pop… rapping was never my go to. Every now and then I’d write a verse but didn’t take it serious. By then I moved to Greensboro N.C.. being so determined to make it I picked up the phone book one day and looked up productions just calling everything that looked like it could’ve been a record label. That is when I ran across Diamond Productions Fem Queen Records. They set up a meeting and low and behold i had my first record deal and was introduced to the studio where I recorded a song that I had written for the first time. I used to play cds on the big speaker and use my boom box to do lil remixes with other songs but this was far from that. I fell in love with the whole concept of being an artist and want nothing else. This was more solidified after performing at a night club for the first time. I knew I was born to do this. That deal lasted for a few years until I graduated at 17 and moved back to my hometown where I eventually decided to go to the Art instutue of Atlanta at the age of 20 which brought me to Atlanta which led to me joining the U.S. Army and taking a break from pursuing music. But in 2010 when I was discharged from the military I decided to pick up where I left off but in Atlanta where the opportunity seemed greater. Only with a lot more to talk about. Rap began to be my comfort zone in expressing myself. My words became more poetically passionate. In 2011 I got back in the studio and performing around Atlanta. Starting with just me, I then decided to start my own record label NuLyfeBettaU ent. releasing underground albums and selling CDS in the streets and performing around Atlanta. I had my first concert in 2013 at Vinyl. From 2014-15 I ended up getting a recurring role as the character Blue on the #1 LGBT web series Freefall, where numerous of songs I have written and performed were featured including the freefall second season theme song “I love you“ by Deandre Leamans ft Ramaj Muzix. In 2014, I was asked to perform at the first LGBT music Awards in Atlanta. And in 2016 decided to sign with D.O.S.E ent. Although its been a rollercoaster ride, with it comes mistakes and with mistakes comes knowledge in which I put in my music. My songs are my story, the beat is my therapist”.

A hustler’s mentality is only as good as his grind, and it is the grind of Mr. Musix that has landed him on MilliUp!dotcom! a very distinguished accomplishment, one that has earned him the prestigious #MilliUp stamp. #StayUpStayGrindN Mr. Muzix hard work pays off lil bruh!

The label is NuLyfeBettaU Ent.

#Truth separate the weak from the obsolete!
#MilliUp! “Where opportunity meets ambition!”

I like this guy its a very good article of him