on The Queen of Carolina Comedy... Lady ShaMar - MilliUp!dotcom! Your SEO optimized title 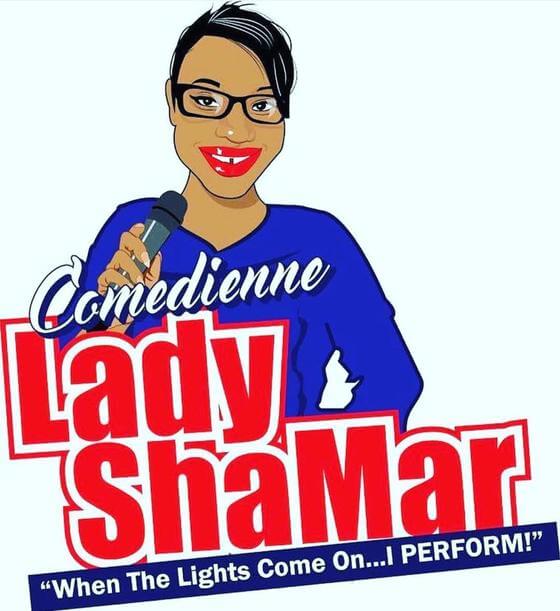 When it comes to laughing with someone about a joke regarding whatever, we all have our favorites. For me I personally like to see a good Martin Lawrence, Katt Williams, and/or a yes… Kevin Hart stand up. That being said, with comedy just like any other entertainment profession be it music, sports, or film and etc, everyone has their favorites.

Comedians are by far the rarest breed of excellence in entertainment! I mean, think about it… they have every element of a good time instilled into their performance from EVERYTHING a person should say to EVERYTHING a person shouldn’t say #Publicly yet regardless of whether a comedian says offensive words or not NORMALLY no one gets too offended by what’s said by a comedian instead we laugh it off and go “eh, that’s right though” or “nah, I aint with that”.

Meet Lady ShaMar aka “The Queen of Carolina Comedy”

Hailing from Brooklyn, NY and making her home in Greensboro, NC, Lady ShaMar has been working her comedian profession for over 2 years and says that she started this profession because it was always something she was told that she was good at, a natural even, and needed to do. “So on February 21, 2014, I got on my first comedy stage and I’ve been setting them on fire every since.”

“The Queen of Carolina Comedy” has REALLY REALLY *S/O to K.Gates lol* established herself early in her very young career as one of the heavy hitters in the comedy game! Although she is still very much so considered “Up & Coming” Lady ShaMar has already rocked stages with some of the more popular and prolific names in the profession like: Michael Blackson, Joe Torry, AJ Johnson aka Crackhead Ezell from the movie Friday, Bruh Man from the 5th Floor from the hit show Martin, Drew Fraser, Tony Woods and the list goes on and on.

When asked about her ultimate dream goals Lady ShaMar aka “The Queen of Carolina Comedy” held no punches in her response and made it very clear… “Right now I’m still bringing quality comedy shows to The Gate City every month when I’m not touring and traveling doing comedy shows. My ultimate dream goal is to sell out Madison Square Gardens with my own comedy show.” Get your popcorn ready because the lady is seriously #Focused and for that she gets the stamp, wait for it… #Truth separate the weak from the obsolete! #MilliUp “Where opportunity meets ambition!” #StayUpStayGrindN Lady ShaMar!

As an experienced writer (lol) and a successful business man and rapper/songwriter (Ha!) I know how much it takes to make it to your goals and financial stability (smdh). We all wish we could just get the few years back before we knew what we could have been doing so that we could do it but obviously it doesn’t work that way! If Lady ShaMar aka “The Queen of Carolina Comedy” could tell you anything about her profession here’s what she’d say:

The advice that I could give to the up and coming comics in this game is to STAY ALERT, TRUST YOUR GUT, If you’re not getting booked 3 days out of the week and every weekend then you don’t need a booking agent, manager, road manager or any of that stuff. Stay diligent in your craft because this game can be brutal. It’s not for the faint of heart. You will have to grow thick skin because the folks that started with you WON’T END WITH YOU!

Check out “The Queen of Carolina Comedy” in this quick clip of one of her performances… I laughed so hard at some of the jokes that I just had to embed this clip for others to watch!

As well as these social media links: