on Rick Ross Is Better Than The Notorious B.I.G - MilliUp!dotcom! Your SEO optimized title

Rick Ross Is Better Than The Notorious B.I.G 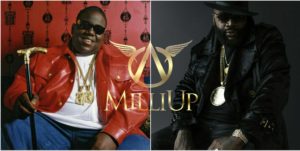 First things first, I the writer pays all the homage with knowledge of what “BIG” accomplished for legendary honors.

“Biggie Smalls” A.K.A. “The Notorious B.I.G” has earned every praise and ranking from the hip-hop community to be considered by most #2 OVERALL “Best HipHop Artist Of All-Time”… ALL TIME!!! Let that part sink in!

Now I love myself some “Notorious” the guy had everything you could ask for from an artist and he looked good doing it in his own lane! Gangsta was the times and your stories had to match your lifestyles from beginning to end.

In a time where Death Row Records ruled the “west coast” sound and were threatening to take over hiphop as a whole, “Biggie” was a shinning star! A man who was really about the lifestyle he spoke of and could deliver the stories in a way that was both florescent as well as charming and direct “BIG” made sure that every bar spit was meaningful at the least. His style and messages have inspired so many other artist from myself (Carolina George of MilliUp), to the great Jay-Z, the guy we’ll speak of later Rick Ross, and countless others gaining him recognition as one of if not the best (some would say) MC to ever grace the mic!

Because of the numerous billboards top 100 chart appearances as well as classic songs from the “90’s” hip-hop era featuring songs from fellow “BadBoy” label mates “BIG” has been held atop this topic in praises for at least the last 19-20 years mostly by his peers from his generation of hip-hop lovers… which more than likely will include the readers of this post so I know the comments section here is going to be VERY opinionated.

“BIG” was the rival to Tupac and because of Tupacs legend “BIG” gained status from that! It’s like Ali and Frazier, sure Frazier had his own battles but the rivalry between he and Ali was stuff of legend… it helped carry Frazier to his own legendary status, “BIG” situation is the same.

Let me be real with y’all though, “BIG” is ALWAYS going to be considered one of the best! 20 years from 2020A.D. we still gone be listening to “Juicy” at Memorial Day cookouts I swear, but when I look to his body of work and consider:

1) How many albums he released
2) How much do I like his musical content
3) His impact on HipHop during the time of his musical debute to the industry
4) Consistency, can I go back to him for that particular sound more so than anyone else
5) How many other artists are worthy of at least holding a conversation about replacing him in that conversation of being #2 OVERALL

the list is no doubt slim (10 guys at the most) but one fellow that I am tossing in the conversation is Ricky “Rozay” Ross!!!

Now off the rip, let me set this part straight… I am by no means vouching for no man’s reputation or what they do away from the microphone when I suggest them in a strong debate such as this one. WE ARE ONLY TALKING ABOUT MUSIC AT THIS MOMENT! I am merely showing respect to a hustle that should be recognized and glorified!

Now that we got that part out of the way, Rick Ross is better than The Notorious B.I.G!

“Ross” has been consistently dropping music at its highest level of artistry since 2006 on a mainstream level with “Port of Miami”. Many people who will deny this have not heard his catalog in its entirety, only select songs. To those people I say this: “I ain’t talking to you!”

Although “Ross” hasn’t been in the game for as long as names like Jay-Z, Nas, Lil Wayne, etc, he has created a lane much like “Gucci Mane Leflare” and “Jeezy” did for 808 Trap Music that only he can properly fill with his signature mafia-style Miami Bass Music.

“Ross” has over 10 albums easily since 2006 and personally I simply love his content because it gives me inspiration to build my own MilliUp empire. The strong lyrics regarding childhood struggles to adult riches, do’s and don’ts, wills and won’ts are always going to be easier to listen to than simply bars of wordplay for me. The knowledge, motivation, and wordplay together is a must have when I listen to music and artist are currently lacking many life lessons in their content these days so I take it where I can get it.
When “Port of Miami” was released and we here in North Carolina got a hold of it, I for one had to push every hustle to the limit from that point on! The relevancy of the lyrics from this guy to my life and where I saw myself going was just way too real… I instantly became a fan of the music! Every CD since has stuck to the same theme of fast life type music, its great and hard ass hell for an artist to do such a thing. I mean there are few who stick to the script this hard for instance Jay-Z went from dope boy to business man, TI went from dope boy to activist just like Nas went from youngin thuggin to activist and we dont know what Weezy doing but we know damn well he ain’t the same! Not bashing or judging any of these guys because growth is excellent and exceptional for black men, all im saying is that Ross has stuck to the script throughoutthe 50 Cent attempting to end his career, the “Officer Ricky”, and the countless other downfalls that he has possibly endured and overcame.

“Ross” has elevated to one of the bigger hip-hop moguls nowadays and although that is the case it has nothing to do with the suggestion that he take the place of “BIG” as the #2 ALL-TIME MC second to only Tupac… that statement is generated strictly from the skill on the microphone but I bring the point up to say that as he becomes more successful his lyrics will remain stout as far as the “Boss” lifestyle is concerned and that reason alone is one that I can say will cause us to listen to Maybach Music years and years from now! Bottom line is yes, this article is strictly based on my opinion but with the little bit of greatness “BIG” left us with setting him at #2 for the past 20 years has shown proper respect but there simply is not enough content from the legend to keep him at #2 ALL-TIME on the greatest MC debate when there are so many other artists out. “Ross” pays homage to “BIG” on a lot of his music… now it’s time he reap the benefits for being as humble as he has and we give that man the proper respect he deserves for blessing us with this kinda talent!

Truth separates the weak from the obsolete!
MilliUp! “Where opportunity meets ambition!