on From Ambition And Dreams... To "The Mixtape Cover King"! - MilliUp!dotcom! Your SEO optimized title

From Ambition And Dreams… To “The Mixtape Cover King”! 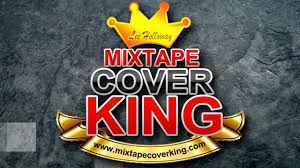 For many people, their success is determined by either their “know how”, their “know who”, or both… rarely is it their individual talent (or lack thereof for some) that is the key to their fortunes.

Lee was once an aspiring artist looking for the best imagery for his brand. After finding out that there really wasn’t a “go-to” source for the graphic needs he was looking for Lee decided to take matters into his own hands and become the “go-to” source that he was looking for himself by teaching himself the skill of “graphic design” from countless hours of youtube training and reading. After Lee released his first few graphic mixtape cover designs, houndreds of clients started pouring in because they actually liked the vision that Lee had with other artwork. These circumstances lead Lee to starting his own business and being branded “The Mixtape Cover King”

Lee has turned his business of graphic designing into arguably one of the most trusted amongst it’s field. Lee’s $200 investment on his dream has turned into an over $200,000+ empire! Good job Lee #StayUpStayGrindN! The Mixtape Cover King has generated over 10,000 custom designs for both independent and major industry artists and businesses alike, including some of the most popular and glorified mixtape lyricists… just google “The Mixtape Cover King” and check the images if you want to know who all they’ve worked with. Not only has Lee found his niche market for his business but he has also capitalized on the “Up Sale” factors by offering artists more than just a mixtape cover. Once an artists has decided to do business with the king, they can see that the business is a “1 stop shop” offering artists a full media swarm of options and opportunities! Here are some of The Mixtape Cover King’s offers:
Mixtape Covers
Single covers
Logos
Flyers
Custom Jewelry
Biography
Press Release
…Much Much More!

His name is Lee Holloway, you are to refer to him and his company/brand as “The Mixtape Cover King”!

Catch up with The Mixtape Cover King on these social media outlets: