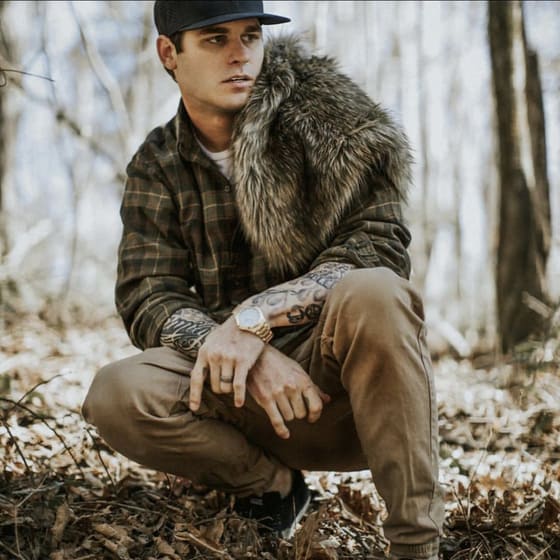 Covelle Bankz is a rapidly emerging Southern MC out of the stix of Jackson, Mississippi. Covelle’s distinguished sound, blazing lyrics and creative mind were influenced by Eminem, Cash Money Millionaires, OutKast and No Limit Records. At the unpracticed age of 13 Covelle picked up a guitar and independently learned the cords to the time-honored records “Ice Ice Baby” by Vanilla Ice and “Cadillacs on 22s” by David Banner; feeling greatly inspired he created his own lyrics to the hits. Battling the separation of his parents, 19 year old Covelle became rebellious hanging with the wrong crowds and succumbed to “tagging” buildings, selling prescription and street drugs which lead to a life of addiction and running from law officials. Looking for a way of escape, Covelle checked himself into a local rehab which he describes as “prison”. During the course of his treatment he would pass away the time by writing lyrics and composing songs.

After recording his first studio single in 2010 Covelle began gaining the respect and support of the streets. Signing to a small record label and sharing the stage as an opening performer for Southern Rapper Paul Wall was a prodigious moment for Bankz. Despite a few setbacks and two years of silence, Bankz gained inspiration from Post Malone to get back in the game and create. Gaining the attention of Grammy Award winning producer Ryan “Ghost” Bowser from his slew of mixtapes has created a partnership that is ingenious to the music scene, which gained a small buzz. Not satisfied with that, Ghost decided to really dig in and push

Through experimenting with different elements Ghost produced the street single El Chappo on Covellebeyond the normal and tap into the unspoken grass roots of Covelle in the backwoods ofJackson Mississippi crafting out a new hot sound now ready to be heard.