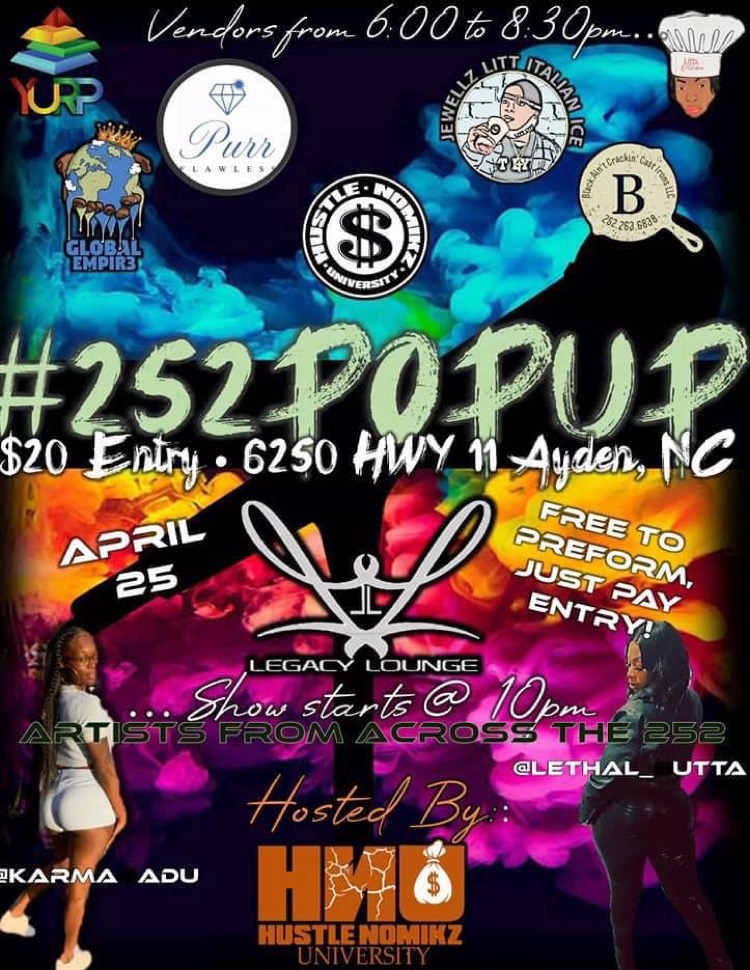 Excitment begins to mount for sure , not only is North Carolina rapper , Hustle Gwop , about to make history by throwing down a live & FREE! Networking Event opportunity for any and all artists/ and or entrepreneurs to showcase and promote their talents in hopes of leaving a lasting first impression on other like minded people in the industry.

But, he’s also teasing to drop his new promo video during the event as well!

He’s gotta be getting hyped, I mean he’s got all the excitement from the IG stardom fueling this Awesome Event with his name all over it and just in time to drop his new video! I mean who wouldn’t be on cloud 9?!?

I for one am really rooting for Gwop to make a name for himself not just in the industry but in life. One should aspire to have His “Hustle”. And, his obvious drive which both seem to be headed in the right direction, for sure!

I’d start looking for HUSTLE GWOP’s name to begin circulating pretty soon he’s becoming a person of interest in the music industry right now, and I anticipate what he’s capable of in the future. Click the links to find out more ! If you can go be a part of this massive event I suggest doing so! A networking opportunity like this is one doesn’t come around very often.
So , I wish you the best of luck, Mr. Gwop, and I expect to hear a recap from you in the future!! 🙂

I approve this message!